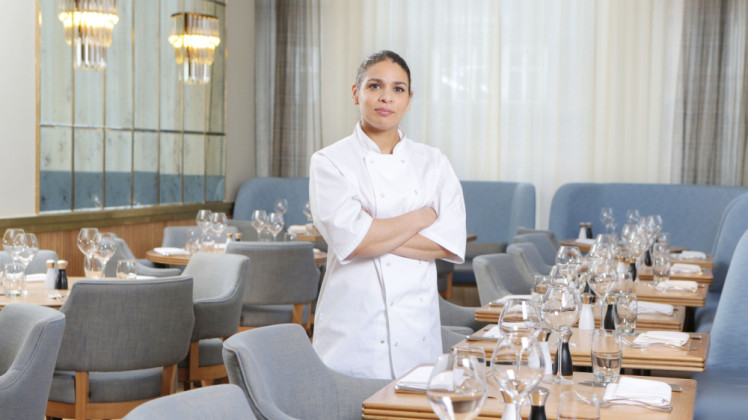 Keri Moss
Chef and winner of MasterChef the Professionals 2012

In 2012, Keri became joint 2012 MasterChef the Professionals winner with Anton Piotrowski. At the time of filming, Keri was also working with Smart Hospitality for the London Olympics and she has often said that this helped give her the determination to win. Winning the show further inspired Keri about the food industry and she has since had an illustrious career in food.

On MasterChef the Professionals, Keri was given the opportunity to work a dinner service in Tom Kerridge’s two Michelin star Hand & Flowers pub, and to work alongside the chefs at Heston Blumenthal’s three Michelin starred The Fat Duck restaurant. On top of this, she had the chance to cook for 30 of the best chefs and Michelin guide inspectors in the world. This experience was key in Keri’s development in and she attributes some of her success to this momentous experience.

After the show was televised, Keri (with the backing of Smart Hospitality) opened her own restaurant in Selfridges called The Corner Restaurant. Keri has since travelled the world in search of new food and flavours and to get some unique hands-on experience. She experimented with traditional cooking in Italy and some authentic cuisine in Spain and also did a little freelance work for some high profile private clients and cooks at events like the Wimbledon and The Aegon Tennis Championships.

Keri’s passion lies in creating new dishes and menu designs and to follow this passion, she joined Blue Strawberry and Table Talk Event Caterers as their food designer and menu developer. Here, she works with other Michelin star chefs, whilst also being able to travel every few months to Marrakech to give food tours and cooking classes with Sanssousi boutique hotels.

Keri has been invited along to The Great Nordic Feast to share her passion for food and to help introduce the flavours of Nordic cuisine and culture to the UK.